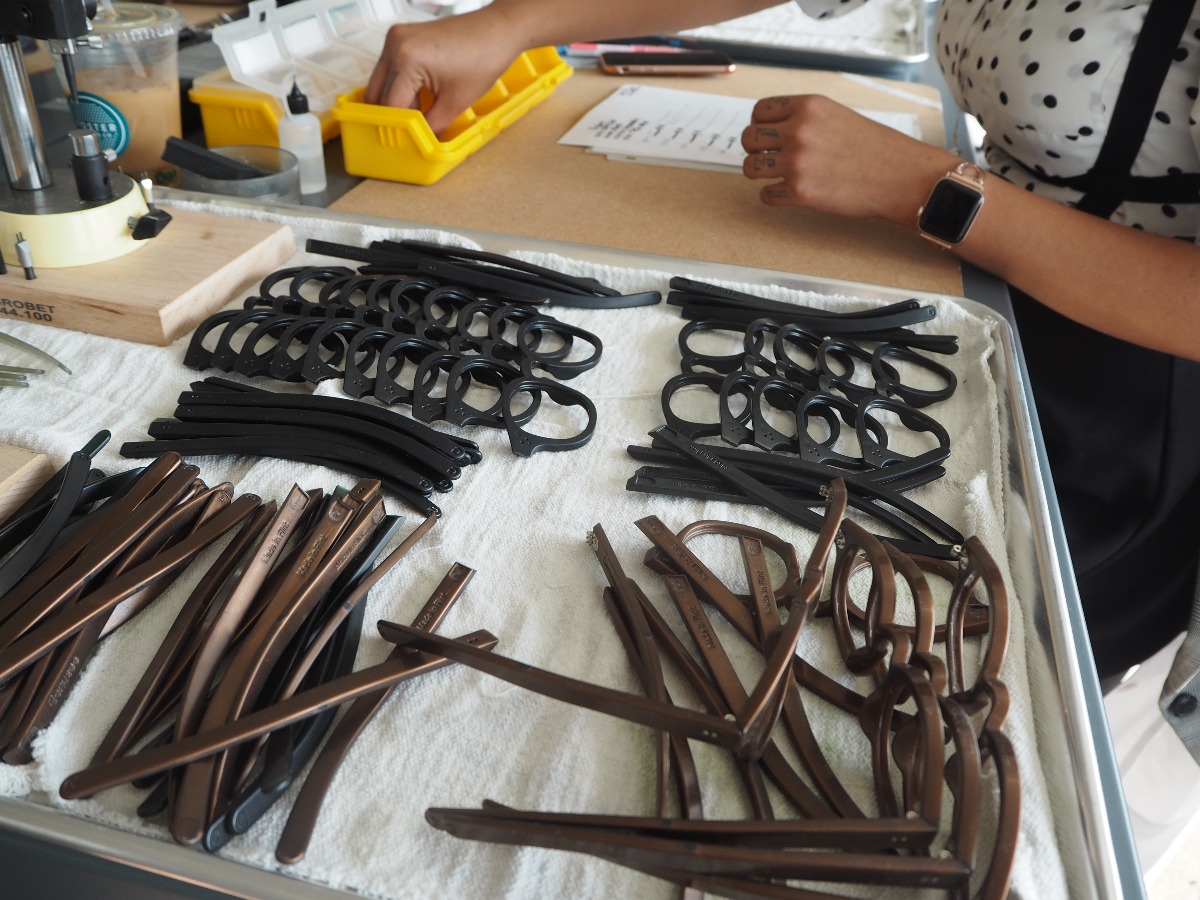 Eyewear from water bottles is helping the city of Flint stem plastic waste
Scroll
Overview
Contamination of the water supply in Flint, Michigan has led to an increase in bottled water consumption. Aware of the growing plastic problem, these opticians are now giving the trash a new lease of life in the shape of designer spectacles.
OverviewOverview

An enterprising optician in the US is recycling plastic from drinking water bottles to create spectacle frames—and jobs. Based in Flint, Michigan, the firm Genusee says it is playing its part in tackling single-use plastic pollution from bottled water consumption. It is also bringing some much-needed employment back to an economically depressed community.

Drinking bottled water is an everyday occurrence all over the developed world. But in Flint, it has a deeper significance.

As part of cost-cutting measures in 2014, the town started drawing water from the Flint river, rather than Lake Huron—which also supplies nearby Detroit. It was a decision that led to a series of public health problems including hair loss, skin irritation, lead poisoning, Legionnaires’ Disease, and the death of at least 12 people.

Once it had been determined that the water was a danger to health, residents turned to bottled water. Some of which was, initially at least, provided free of charge.

A survey carried out in 2018 by the community group Flint Cares, determined that the average household consumption of water was 14.7 cases per week. Household consumption of cases of bottle water per week. Data by Flint Cares

At the height of the crisis, the city was getting through “more than 20 million water bottles a day”, according to Genusee.

“This is a community that has been greatly affected by the outsourcing of the auto industry,” a statement on the Genusee website says.

“Eyeglasses can be manufactured with a basic understanding of tools and on-the-job skills training. By bringing a new manufacturing legacy to the city of Flint, and creating jobs that anyone can be trained to do—we will put people back to work by retraining and employing them in new skills and crafts.” The company says it wants to “generationally impact the lives of people in Flint” and believes that creating living-wage jobs in diverse fields of interest is key to social and economic justice. Genusee also operates a buy-back scheme for its eye-glasses customers. Once they are ready to change their specs, the company will buy them back, giving the customer a credit toward the purchase of a new pair. By taking this circular economy approach, the old spectacles are then recycled, refurbished or donated by the optician.

This article was originally published on World Economic Forum on 17 November 2020. Used with permission.