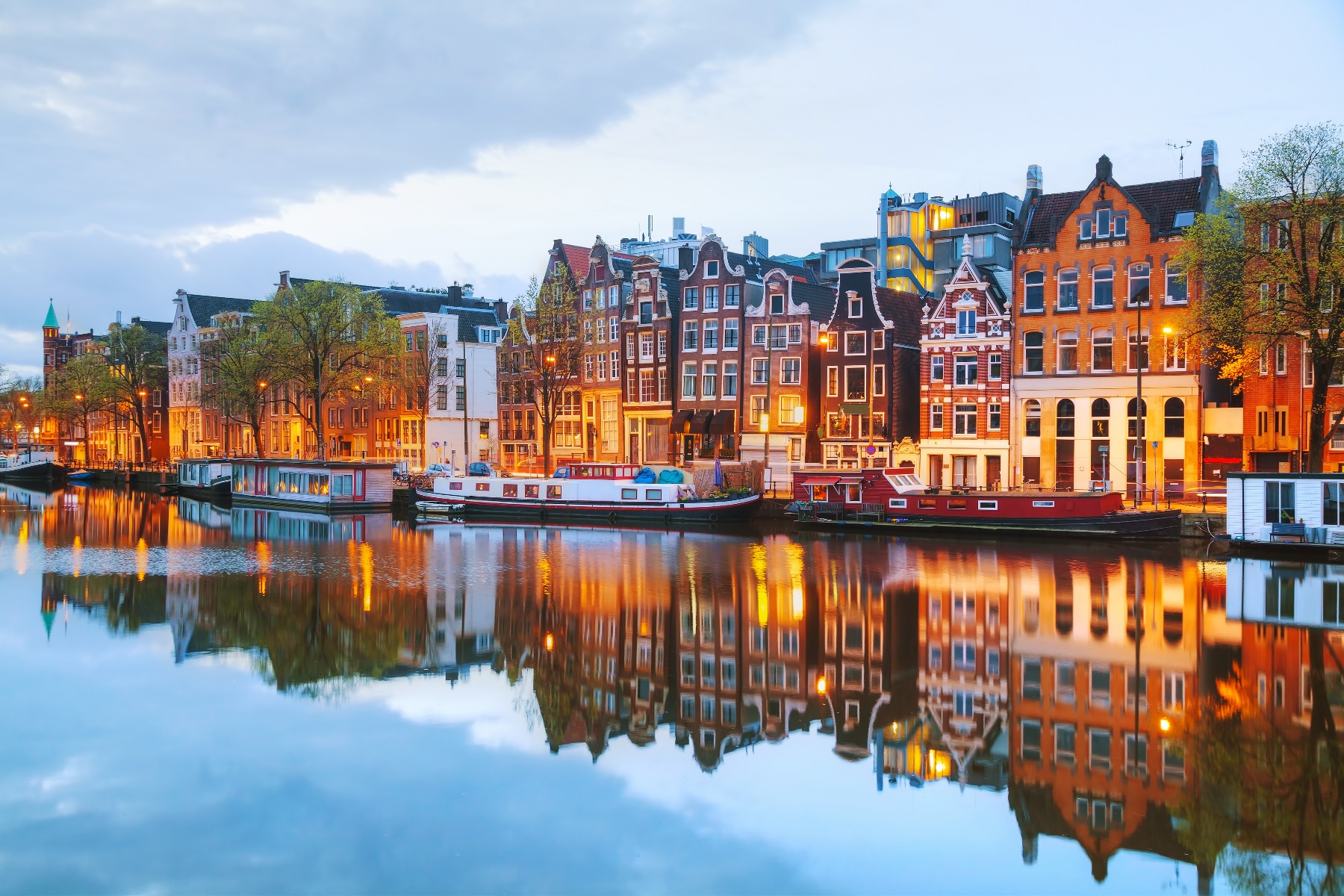 These 7 countries are at the forefront of sustainability
Scroll
Overview
There are many roads toward a sustainable future. Here are seven countries who are leading the way in finding creative solutions for local issues, and helping end plastic waste.
OverviewOverview

1. The Netherlands: Building back better for people and planet

The Netherlands is at the forefront of finding new ways to work together to build a better future. They, along with Denmark and France, initiated the European Plastics Pact, where 16 EU countries pledged to reduce plastic waste and increase recycling. To lead by example, their capital city, Amsterdam, was the first city to apply doughnut economics: an economic model advocating access to a good quality of life for all, without putting more pressure on the planet than is sustainable. To achieve this. Amsterdam aims to build back better from COVID-19, focusing on sustainable infrastructure projects and employment schemes. The Dutch government is also embracing new technological innovations, working with startup the Great Bubble Barrier to prevent plastic waste in Amsterdam’s canals from washing into the North Sea. Ghana is facing environmental challenges ranging from impacts of climate change on its agriculture-based economy to the accumulation of waste; just five per cent of plastic waste is collected for recycling. Since becoming the first African nation to join the Global Plastic Action Partnership in 2019, it has been taking an evidence-based approach to their plastic waste problem, assessing the potential impact of various interventions. This exercise will inform its roadmap for sustainably managing plastics. Ghana has also become a hotbed of sustainable innovation. Its Waste Recovery Platform, developed with the United Nations Development Programme, helps connect stakeholders across the plastic value chain to share learnings and data, to help end plastic waste together. The world’s largest carbon emitter is racing to reach carbon neutrality by 2060. It has rapidly become the largest producer of renewable energy—leading in hydroelectricity, wind, and is prioritising the development of energy storage technologies to get the most out of its expanding renewables infrastructure. China also has the world’s largest waste-to-energy industry. The 165MW Shenzhen East waste-to-energy plant is set to be the largest of its kind; it will be capable of processing a third of the solid waste generated in Shenzhen. 4. New Zealand: A commitment to conservation

Kaitiakitanga is a Māori term referring to guardianship of the environment. This ethos is embraced nationwide; over 30 per cent of land is protected and litterers can be fined up to NZ$30,000. As part of its Covid-19 economic recovery, the government invested NZ$124m in the domestic recycling sector, to ensure proper management of the country’s recyclable waste, and moving it toward a circular future. This investment will not only reduce what is sent to landfill and unlock the value of recyclable waste, but will also create hundreds of permanent jobs for Kiwis. Japan is home to world leaders in electric vehicle (EV) technology, including Nissan, Toyota, and Mitsubishi. The country has also rapidly expanded its charging infrastructure—essential for supporting EV adoption—increasing the number of public fast charging points from 213 to nearly 8,000 between 2010 and 2019. Japan’s celebrated engineering sector will also play an important role in its transition to circularity. Approximately every five years the Japanese government renews its plan for a circular economy; the most recent plan, published in 2018, prioritised areas such as improving disaster waste management and boosting regional circularity. Costa Rica consistently earns praise for its sustainable practices. It has drawn 99% of its energy from renewable sources since 2014, making use of its natural assets, and in 2019 its government outlined a path towards net-zero emissions by 2050. In 2019, it announced laws to encourage better management of plastic waste among both public and private sectors. This includes encouraging importers to work with local municipalities to improve waste collection and management, and increasing access to education and recycling resources for communities. Already among the least wasteful countries, Sweden is aiming to become a “zero-waste society”. Waste is widely used as a cheap fuel; its heat is distributed via a national network to keep homes warm through winter. Sweden’s efficient waste management infrastructure converts 52% of domestic waste into energy, 47% is recycled and just 1% is sent to landfill. In 2018, the Swedish government established a special advisory group to integrate the circular economy as a core part of government policy, aiming to increase the proportion of products which can be completely repurposed.