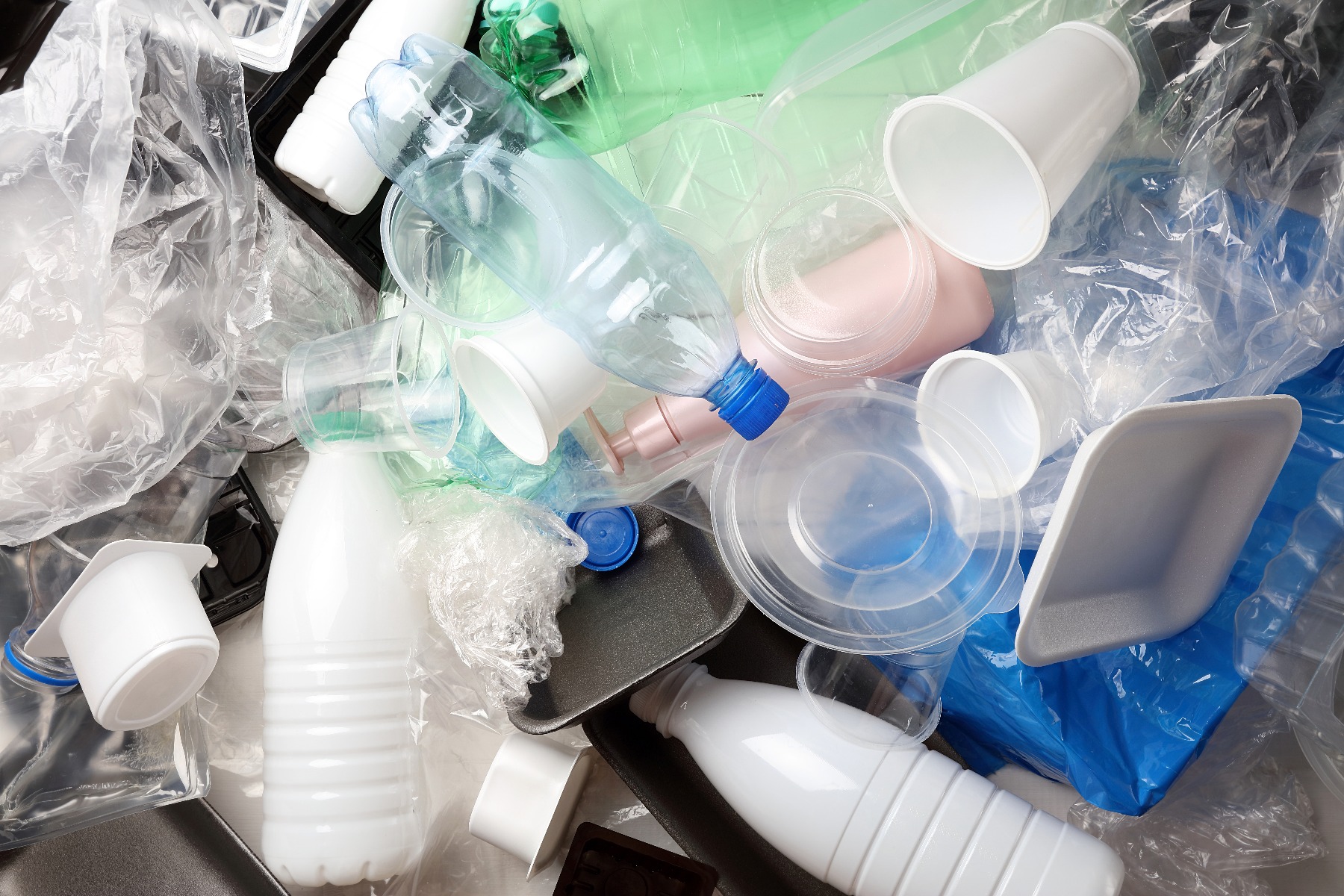 Why stigmatisation of plastics is unlikely to create change
Scroll
Overview
Is the language and imagery used around plastic pollution stopping us from seeing the bigger picture? An interesting analysis of tweets and news reports from major media outlets and NGOs tries to unravel the complexity of communicating plastic pollution.
OverviewOverview

“Plastic-free aisle”, “No plastic straws”, “Plastic-free Tuesday”. Social media abounds with anti-plastic messages and chilling statistics about the quantity of plastic in our oceans, food, clothes and bodies flash before us in quick succession. Shocking images that circulate widely provoke emotions and generate momentum for action on plastic.

While the contrast of a beautiful beach with plastic waste might be striking, focusing our efforts on cleaning the beaches is unlikely to meaningfully impact plastic pollution. Are we missing the bigger picture of plastic pollution? Through a study of traditional media and social media during the most intense period of public criticism of plastic (2017-2018), we observed that stigmatisation—a process of discreditation and vilification—has focused on a few symbolic objects and corporations, zooming in on the visible, while leaving the majority of plastic production and pollution unexplored.

Plastic is a general name given to a wide range of chemical compounds that are a mix of monomers and polymers. It is everywhere and modern life would be in some ways unthinkable without it. Durable, lightweight and affordable, plastic has many benefits, but there’s another story being told. A 2016 National Geographic article laid the problem bare: “We Made Plastic. We Depend on It. Now We’re Drowning in It”. Plastic has become a contentious issue, stigmatised for its environmental and health impacts, and symbolic of our consumption-centred societies. Urgent action is required and change in both our production and consumption patterns is necessary.

Stigmatising strategies can be a powerful tool for change. This has been the case for whole industries such as armaments and tobacco, which suffered reputational penalties, decreased market value, reduced negotiating power and difficulties in recruiting top talent. Singling out a specific industry or organisation may seem straightforward, but stigma is much more difficult to grasp when the target is a material, that crosses a vast range of uses across many different industries.

To unravel this complexity, we sought to understand which objects, organisations and industries were the focus of stigmatisation strategies around plastic and to analyse whether the stigmatisation process had the capacity to create change: namely our detoxification from plastic. Who and what do the media blame?

We analysed data from four mainstream news organisations in the UK and the Twitter accounts of 19 non-governmental organisations and five NGO heads which were highly active in 2017 and 2018 on the topic of plastic.

Our analysis of both the news organisations and the tweets reveal similar results. The top mentioned object is the plastic bag. The focus on plastic use in the food industry comes next, with highly recurring mentions of single-use plastic: bottles, cups, lids and straws that have facilitated our lifestyles yet litter the planet. The most targeted company is Coca Cola, closely followed by Nestlé, Mars, Starbucks, Pepsi and a number of retailers/supermarkets such as Tesco, Morrisons and Waitrose. Companies from the consumer staples and consumer discretionary sectors are by far the ones that are the most stigmatised.

While almost 40% of the demand for plastic comes from the packaging sector (followed by building and construction 19.8%, automotive 9.9%, electrical and electronics 6.2% and household, leisure and sports 4.1%), the items which have caught the headlines do not tell the whole story. For example, plastic straws have become strongly linked to marine pollution and a symbol of unnecessary, even frivolous consumerism, yet represent less than 1% of 150 million tons of plastic littering the oceans. At the same time secondary and transit packaging such as the single-use plastic films that protect consumer products through manufacturing, storage and distribution are abundant but seldom discussed.

Notable is the quasi absence from the newspapers and tweets of the plastic producers and petro-chemicals giants such as BASF, ExxonMobil, Dow and DuPont. All are powerful actors in the plastic ecosystem that see plastic resin production as an opportunity for future growth.

Through the analysis of social media and traditional media’s messages on plastic in 2017 and 2018, we were able to provide an understanding of the stigmatisation processes at play. Stigmatisation, what the industry has named “plastic bashing”, has focused intensively on end-consumer visible symbolic products such as bottles, straws and single-use food packaging. Moreover, the name-shaming has also been concentrated on popular consumer brands such as Coca-Cola.

However, whether stigmatisation strategies have triggered the necessary action to curb the plastic problem is open to question. Plastic production keeps on increasing and industry players are focused on recycling, not on switching to other materials or reducing plastic use. Governments have implemented bans of symbolic targeted objects and legislated on circular economy packages, but recent concerns about Covid-19 have given rise to promotion of single-use plastics as a healthcare solution rather than a problem. Indeed, plastic lobbies have asked the European Commission to delay implementation of limits on single-use plastic.

Concentrated and coordinated stigmatisation can result in the ban of a limited range of products. However, research indicates that without education or environmental programmes, bans can have limited benefits for the environment. Because stigmatisation focuses on downstream visual and symbolic items and known brands, the reaction is itself visible for the general public and the stigmatisers, but without visibility of the upstream production and supply side, flow of plastic entering our society continues.

Stigmatisation could also be detrimental by causing distraction from the wider landscape of plastic production and the pollution that it creates, which is vast compared to the pollution created by the stigmatised (and now banned) items. While changes in plastic use by consumer brands is a welcome step forward, it will not significantly impact the curve of plastic production and pollution.

Changing our attitudes towards plastic

Deinstitutionalisation—the eradication of widespread practices and products built around a particular substance—is a much longer process. Asbestos and the pesticide DDT were deinstitutionalised when the link between them and human health became undeniable, triggering lawsuits and wide legal bans. To deinstitutionalise plastic, systems thinking would be required, just as with other complex grand challenges. Today plastic use is deeply intertwined with other problems such as food waste, greenhouse gas emissions, income inequality, waste, biodiversity loss, and oil production.

Stigmatisation is only one of many tactics that can be used to tackle plastic pollution. While it has succeeded in shining a light on the issue, strategies that are both broader and longer term are required. For example, developing a worldwide plastic treaty through the UN—such as that created for ozone-depleting gases—could be an avenue for consideration.

This article was originally published on The Conversation, and was written by Céline Louche, Delphine Gibassier, and Jennifer Goodman. Used with permission.